In 2017 Cumbria Music Hub collaborated with Orchestras Live and Manchester Camerata to deliver a project for young composers. 30 young musicians from North Cumbria, including Trinity School, Newman, Caldew, Newcastle College and Austin Friars, worked together with composer Andy Smith from Manchester Camerata to create their own piece for orchestra.

The first performance was at The Sands Centre, Carlisle on 10 July at our Grand Summer Showcase. Cumbria Youth Orchestra were joined by players from Manchester Camerata for the performance. 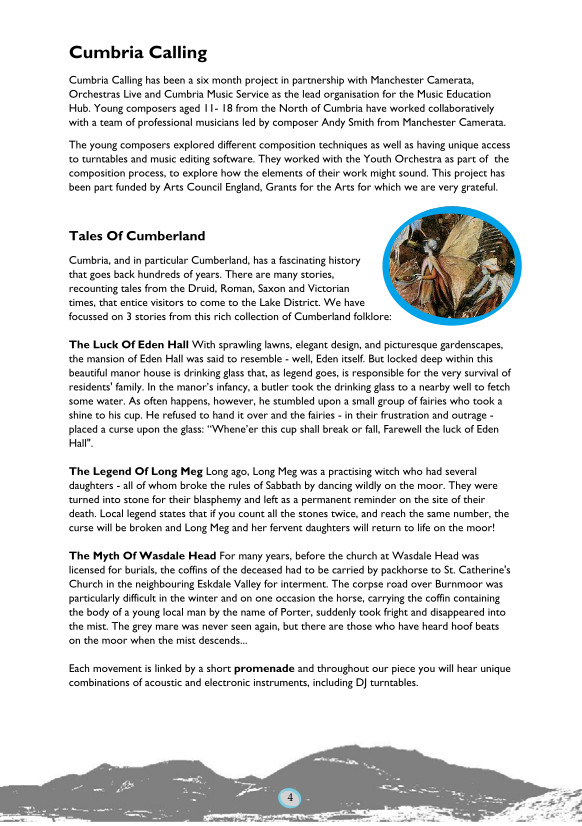 This year schools in Eden have created a new work called ‘The Traveller’ which will be performed at The Sands, Carlisle on 9 July.

Carlisle Music Centre offers a range of groups for young musicians of all standards and instruments in North Cumbria to play together regularly. The groups are led by expert tutors from Cumbria Music Service and supported[...]
View Calendar
Add