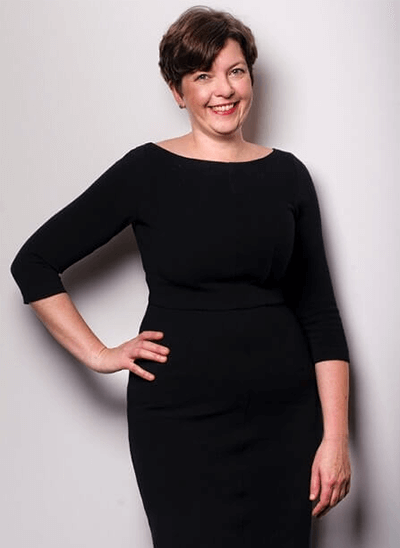 Working with music doesn’t have to mean a career as a performer. Ellen started violin lessons at school in Carlisle, and went on to become Leader of Cumbria Youth Orchestra before studying music at University.

Ellen is now a solicitor now working at Russells, a media and entertainment firm in London specialising in music. Their clients are mostly in the entertainment industries and include high profile music artists, song writers and record companies.

Before she retrained as a lawyer she worked at English National Opera (in charge of the music department, including the orchestra and chorus), Chandos Records and Opera North.  She is a trustee of Orchestras Live, which promotes and supports orchestral music in under-served areas of England.

What instruments do you play? Violin

I have always loved music, not just classical. I was lucky that when I was at school in Carlisle everyone was given the opportunity to learn an instrument if they were able to pass certain aptitude/ability tests.  I must have passed as I was offered violin lessons after a disastrous 1-week stint on the trumpet.  I doubt that my family or neighbours appreciated me practising in the early years, but I did not care as loved playing the violin and thankfully kept going.

How did music help your career?

I cannot emphasise enough how much music has helped my career – I certainly would not be doing what I am doing now without it.

Playing in Cumbria Youth Orchestra (which I used to lead!) was a turning point for me – it was so exciting to play the same piece of music with people I would not have met otherwise who were all interested in the same thing. If I had not played in Cumbria Youth Orchestra, I would not have studied music at university and may not even have gone to university at all.  I then studied as a post-graduate and got a job at Opera North in Leeds, which was absolutely brilliant.  After a stint at Chandos Records I went back to work in opera at English National Opera where I worked for 9 years.  Throughout my career I have worked with many talented people including conductors, singers and musicians, stage management and all the back stage/management teams that help put on fantastic performances of incredible music.

I am really lucky now to be able to combine my love and knowledge of music with my work as a lawyer at Russells. Playing music helps develop so many skills that can be transferred to any job, for example communication, coordination, discipline, memory and concentration skills.  All of these are directly relevant to and have helped me in my legal career, whether when studying for my exams before I qualified or now preparing for court.  Playing an instrument and being able to perform in public either as a soloist or with others also builds confidence – everyone gets nervous from time to time, but being able to overcome those nerves and carry on is a skill that is useful in any job.

What’s the best thing about being involved with music?.

I have made so many good friends through my involvement in music and playing music with my friends is absolutely the best thing for me, particularly when it is a piece I love and everything clicks into place. I love playing in big orchestras but I also really enjoy playing quartets.

I have so many memorable musical experiences. My first concert leading Cumbria Youth Orchestra is one – we played Tchaikovsky’s Fourth Symphony with Jonathan Del Mar conducting.  Also playing Turangalila Symphony by Messaien with the Northern Junior Philharmonic Orchestra – we did a performance in Snape Maltings which at the time seemed like another country.

I lead Covent Garden Chamber Orchestra in London and we have played some really great concerts with excellent conductors. I played Mozart’s Sinfonia Concertante a couple of years ago.

I also organise and play in large-scale orchestral weekends in the Chilterns, including playing all of Mahler’s symphonies (including No. 8) and Das Lied von der Erde, Strauss’s Ein Heldenleben, Puccini’s Tosca and Messiaen’s Quartet for the End of Time.

When I am not at work, music occupies the majority of my time, but I swim regularly and read when I can.

Don’t give up! I nearly did because that was what my school friends were doing, but thankfully my teacher persuaded my parents that I should stick at it. However hard it may be to practise, the benefits of playing are worth every single drop of blood, sweat and tears.